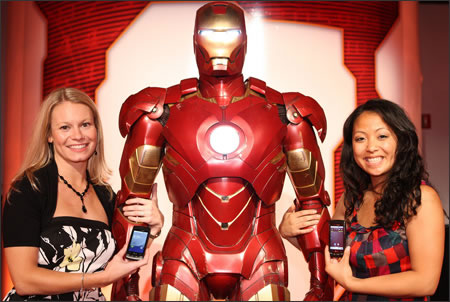 LG Electronics signed an agreement with Marvel Studios to use the Iron Man 2 character to launch a multi-platform marketing campaign with a focus on LG’s first Android smartphone, the Ally. The LG Android smartphone ALLY is equipped with a 3.2-inch touchscreen and also features Wi-Fi, social networking widgets, a slide-out keyboard and the latest version of Android.The Ally runs a 1-gigahertz snapdragon processor produced by Qualcomm. One of the featured apps, called Wikitude, is described as a futuristic fusion of Wikipedia and augmented reality that overlays location information right in the viewfinder. The LG Android smartphone ALLY will be available for $100 after a rebate and under a two-year contract in Verizon stores (USA) from May 20.