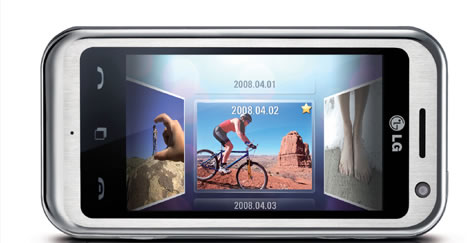 The LG ARENA reached the milestone in just five months after debuting at the Mobile World Congress 2009 in February, reinforcing its stature as a premium handset. This figure was achieved in five months after the commercial launch in April and puts it ahead of the sales of the LG Viewty phone (LG-KU990). The LG ARENA is a premium mobile phone that packs a host of multimedia features.

The LG ARENA packs Dolby and DivX technologies to provide an outstanding audiovisual experience. Moreover, LG’s 3D S-Class UI, which was unveiled with the ARENA, enables users to navigate and access content easier and faster than ever. These powerful multimedia features and intuitive user interface are recognized as driving forces behind the success of the ARENA.
Sponsored by – Mobileshop which helps you find great mobile phone deals.