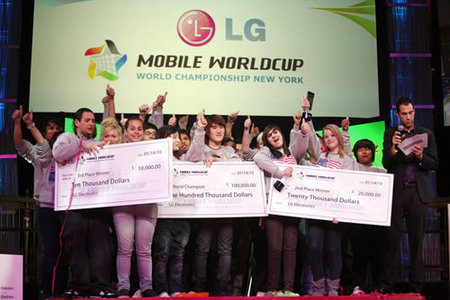 LG today announced the kick-off of the LG MOBILE WORLDCUP 2010, the world’s largest competition celebrating mobile culture culminating in an international tournament in New York to find the world’s fastest phone texter. Participants in more than 20 countries will be battling for the chance to compete as finalists in the World Championship to be held in January. The teams that win in their respective nations will earn a trip to New York City and will compete against the best “texters” from all over the world for the ultimate prize of USD 100,000. Additionally, the fastest texter in the competition will have the chance to challenge for the Guinness World Records(R) established last year by Pedro Matias of Portugal, who set a new world record by accurately texting 264 English characters in just two minutes.

The third LG MOBILE WORLDCUP continues to build on the success of the 2009 season with teams from over 20 countries compared to last year’s 13. This year’s contestants will hail from countries such as Argentina, Australia, Brazil, Colombia, India, Indonesia, Italy, Japan, Korea, Morocco, Portugal, Singapore, South Africa, the Philippines, the US, Venezuela and Vietnam.