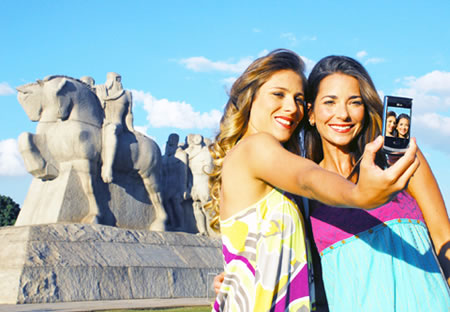 LG today announced the launch of LG Secret (LG-KF755) mobile phone in Sao Paulo, Brazil. Following the successful launch in Europe, Latin America was selected as the second stop in a series of LG Secret launches around the world. Latin America is one of the most promising markets for LG Mobile business, particularly for the edition of LG Black Label Series. With the huge success of LG Chocolate and LG Shine, LG recorded the company’s second highest mobile sales units sold during the first quarter of 2008. LG in Latin America is widely recognized as a premium brand with excellence in consumer value.

Following its Latin America launch on June 12th, 2008 in Sao Paolo, LG Secret will continue its travel to Asia Pacific and onto the rest of the world.