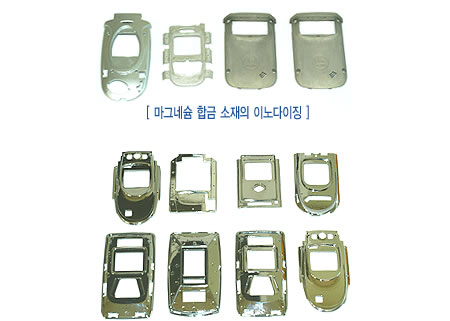 LG will replace all conventional magnesium inside its mobile phones with Eco-Magnesium, a new type of clean magnesium alloy, by 2012. The decision will reduce greenhouse gas emission by a factor of approximately 24,000 during the die casting process without affecting the quality of the final product. Eco-Magnesium was developed by the Korea Institute of Industrial Technology (KITECH) with funding from the government of Korea. During production, Eco-Magnesium creates practically no sulphur hexafluoride (SF6), which the Intergovernmental Panel on Climate Change (IPCC) cites as one of the most potent greenhouse gas ever encountered.