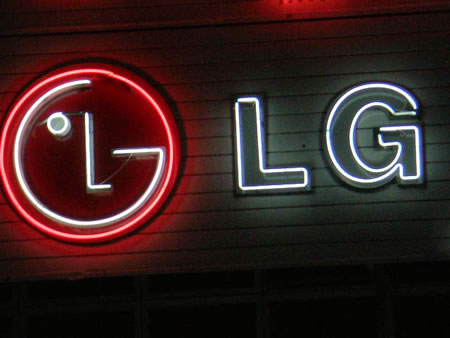 LG Electronics took the wraps off a sophisticated mobile handset, which offers broadcasts in ways other than just sound and picture. The phone, for example, can vibrate when a bomb explodes in an action movie or a shot hits the net in a football game. The light-emitting diodes blink in tune with the audio-visual content on display in three dimensions like one might seen on the dance floor at a nightclub.