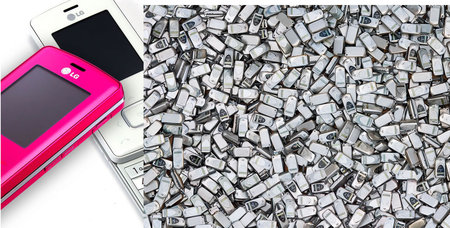 LG wants to sell 100 million mobile phones around the world next year!

LG Electronics has set a goal of selling more than 100 million mobile phones around the world next year.
Ahn Seung-kwon, chief director of LG Electronics’ mobile phone division, told a press conference on Tuesday that thanks to strong sales of the Chocolate and Shine phones, the company’s handset sales are expected to top its goal of 80 million units this year. Among the world’s mobile phone markers, only four boast annual sales of more than 100 million units — market leader Nokia with 430 million, Samsung Electronics with 160 million, Motorola with 160 million and Sony Ericsson with 100 million.

LG Electronics plans to expand its share in the high-end market with cutting-edge technology phones following design-focused products such as the Chocolate, Shine and Prada phones that were so popular this year.