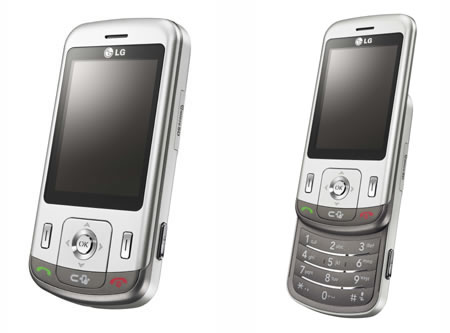 LG announced today the launch of its LG-KC780, a slim 8 megapixel camera phone with special features that make it ideal for shooting portraits. The LG-KC780 is a slim slider phone at just 13.9 mm thick, but manages to include a large 2.4-inch widescreen LCD. A Schneider-Kreuznach certified lens ensures that the LG-KC780’s camera takes high quality photos that are sharp and clear. Face Detection automatically finds and focuses on people’s faces to allow photographers to take clearer pictures. The LG-KC780 is a full featured handset and includes the latest in mobile phone technology, including Smart Bluetooth, which opens up a number of new options when the phone is connected to a personal computer. For example, the phone’s camera can be used as a webcam for use in online conversations. Unlike USB webcams, this world’s first feature means that the camera can easily move with the user, as long as the phone stays within Bluetooth range.

The LG-KC780 can almost see in the dark with adjustable light sensitivity up to an amazingly high ISO 1600. If an image is too bright, however, LG’s SmartLight setting automatically fixes it. A built-in Image Stabilizer ensures that pictures come out clear and sharp, even in shaky situations..LG-KC780 will go on sale in November 2008, in Europe, later expanding to CIS and Asia, including India, Thailand, Hong Kong and China.