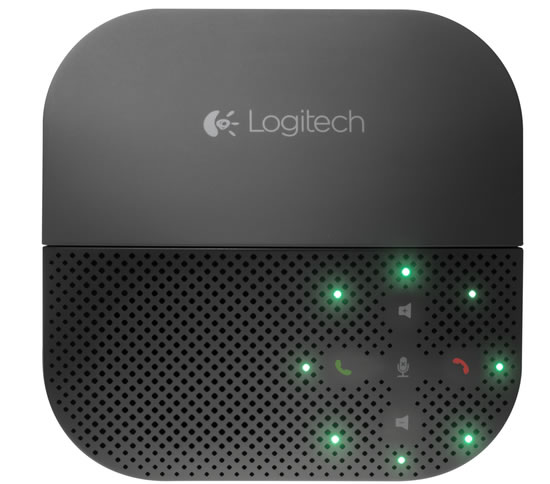 Logitech today introduced the Logitech Mobile Speakerphone P710e, a compact speakerphone designed for an individual or small group to easily set up an instant conference room virtually anywhere – in the office, at home, or on the go – connecting on their PC, Mac, tablet or smartphone. The Logitech P710e is the first mobile speakerphone to offer NFC, making it easy to pair, connect and disconnect NFC-enabled mobile devices to the speakerphone by simply touching them together. It can pair with up to eight Bluetooth devices, and connect to two Bluetooth mobile devices at the same time. Its USB plug-and-play connectivity makes it simple to connect to PC and Mac computers.

The speakerphone’s sliding top section reveals an integrated stand that holds a mobile phone or tablet at the optimal angle for hands-free video calls. The built in Lithium-Ion battery delivers 15 hours of talk time between charges, based on speech played in the range of 63dB-67dB for 50 percent of the talk time. The Logitech Mobile Speakerphone P710e is expected to be available worldwide in November 2013 for a suggested price of $169.99.(With a carrying case).