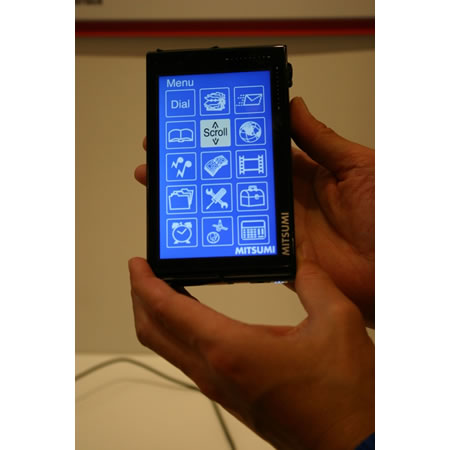 Mitsumi has developed a haptic input device with protrusions corresponding to icons and buttons on the display screen. The device is designed to be installed on the back of mobile devices. It is composed of a sheet with small protrusions, a resistance sensitive touch pad and switches. The device is intended for mobile phones with front panels entirely covered with a display screen. 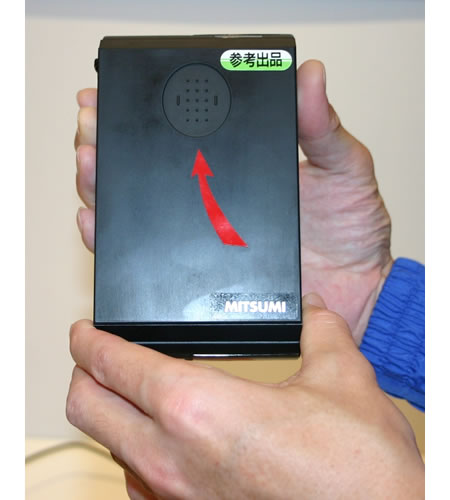 The device allows users to perform operations on the screen with one hand while holding the handset, the company said. In the case of using a mobile device with a touch panel, the user has to hold it with one hand and operate the touch panel with the other, although such gadgets may be equipped with a larger screen.

Mitsumi is expecting that demands for single-handed operation will increase because the number of gadgets having such a layout is rapidly growing these days. The device is on display at the company’s technology exhibition “Mitsumi Show 2008,” as a reference presentation.