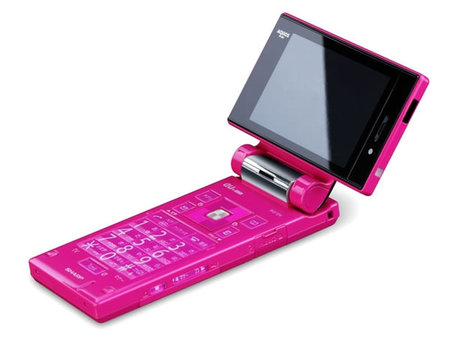 In late May 2008, Sharp passed the 10-million mark for shipments of One-Seg-compatible mobile phones in Japan. One-Seg is a terrestrial digital broadcasting service for mobile devices in Japan. In the two years since the release of its first One-Seg mobile phone in May 2006, sharp has become the first in the industry to reach 10 million shipments of One-Seg mobile phones. Sharp’s first One-Seg mobile phone had a ‘cycloid-style’ LCD screen that could be rotated horizontally 90 degrees. This offered a unique way of enjoying TV on a mobile phone that was a big hit with consumers. During the two years, Sharp put on the market 23 models of one-seg handsets featuring its cutting-edge liquid crystal display technology.

In the spring of 2007 Sharp followed up the cycloid-style model with the release of variously designed mobile phones, including dual-hinged and slider designs. Knowing that user needs diversify with rising demand, shipments of One-Seg phones have increased from a total of five million (as of the end of October 2007) to 10 million in a mere seven months.