Murata and Nissha Printing have jointly produced a prototype housing for conveniently and wirelessly recharging mobile devices. The housing has a power receiving circuit for electric field coupling wireless recharging (developed by Murata), while a decoration film (electrode) with antenna function (developed by Nissha Printing) is integrated into a smartphone battery cover. 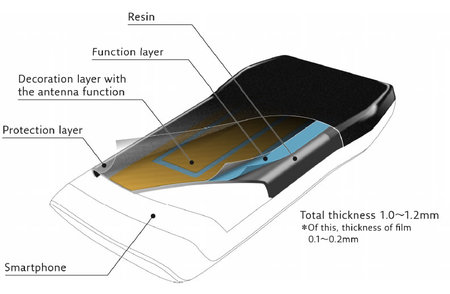 The antenna film is thin and flexible and can be made transparent, making it possible to add a wireless recharging function to smartphones and other mobile devices without altering their appearance. Additionally, using Nissha Printing’s in-mold decorating technology to attach an electrode to the housing, it is possible to increase power transmission efficiency. The prototype will be displayed and demonstrated at CEATEC JAPAN 2011.