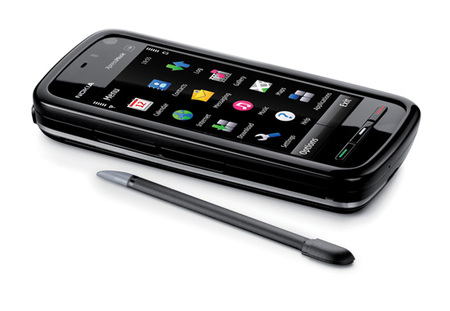 The Nokia 5800 XpressMusic offers a complete music experience and features a number of music and entertainment essentials, including a graphic equalizer, 8GB memory for up to 6000 tracks, support for all main digital music formats, and a 3.5mm jack. Built-in surround sound stereo speakers offer the industry’s most powerful sound. The Nokia 5800 XpressMusic also features a 3.2 megapixel camera with Carl Zeiss lens and, with a single touch, images or videos can be shared via a favorite online community, such as Share on Ovi, Flickr, or Facebook.