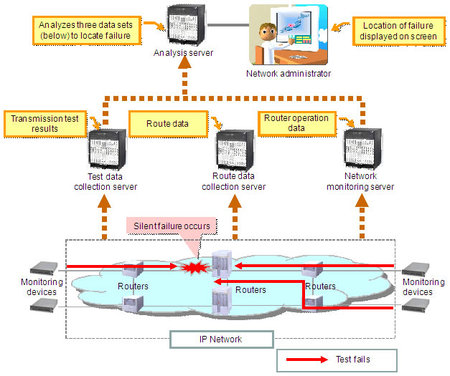 NTT DoCoMo and Fujitsu announced development of two technologies to detect and locate silent failures in IP networks much faster and more accurately than currently possible. The new technologies will enable DoCoMo to significantly shorten the time required to recover from silent failures, which will support the eventual launch of extra-high-speed LTE services over DoCoMo ‘s emerging IP-based mobile network. One of the two new technologies analyzes data on not only test transmissions but also loss rates and network delays, which facilitates faster detection of silent failures. It can also detect warning signs of silent failures that are possibly about to occur. 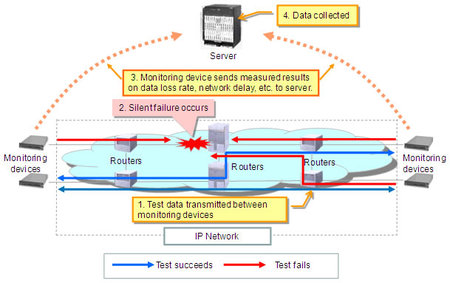 The second technology identifies the location of silent failures in an efficient manner by analyzing data only from routes over which data is actually being transmitted. In trials conducted on DoCoMo’s existing Foma 3G network, the technology identified failure locations by up to 80 percent faster than the conventional method. This technology also enhances conventional network-monitoring systems by analyzing failure and operational data in combination, which improves the accuracy of failure location and enables ordinary and silent failures to be separately identified.