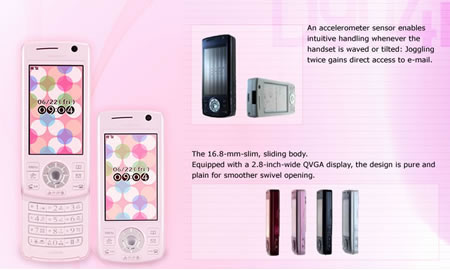 NTT DoCoMo, Inc. and its eight regional subsidiaries announced today the development of five new 3G FOMA 904i models, the latest line-up in DoCoMo’s flagship 9 Series. The new handsets- D904i, F904i, N904i, P904i and SH904i have features that are significantly more advanced than those supported by 903i Series models. Among these features are “2in1”, which takes the capabilities of two phones and folds them into a single handset. This service provides the capabilities of two separate handsets in one single unit. 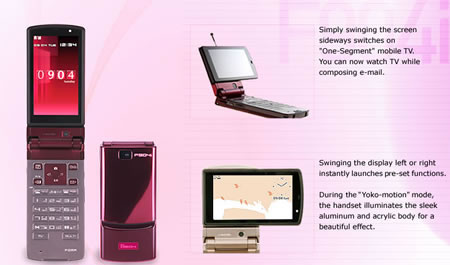 Under a single FOMA card, users are provided with two phone numbers and two i-mode mail addresses, and these are accessed independently by means of a Mode Switching function (“A Mode”, “B Mode” and “Dual Mode”). Switching between modes changes the phone number, i-mode mail address, address book, mail boxes and call history.”Uta-hodai”, which allows via i-mode full-track music downloads from content providers for a flat monthly subscription fee; and “Chokkan Game”, which are played using intuitive motion. 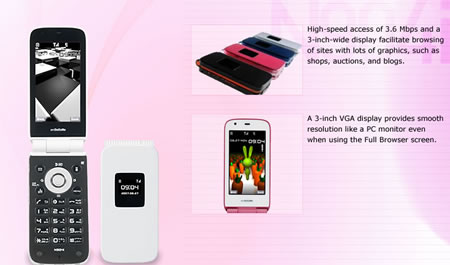 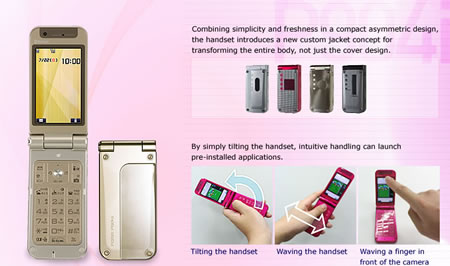 All models in the 904i Series comes with pre-installed i-appli Banking. This application enables easy access to accounts at up to two financial institutions, and makes it possible to check account balances and remit funds, among other mobile banking services. Initially, this service is available for account holders at Sumitomo Mitsui Banking Corporation and Mizuho Bank, Ltd. This i-appli can also be downloaded and used with 903i Series and 703i Series models that support Mega i-appli. All models in the 904i Series support “Video Clips (10MB i-motion)”, Windows Media Audio (WMA) and Full Browser, while some also support “One-segment” terrestrial digital broadcasting and High-Speed Downlink Packet Access (HSDPA). 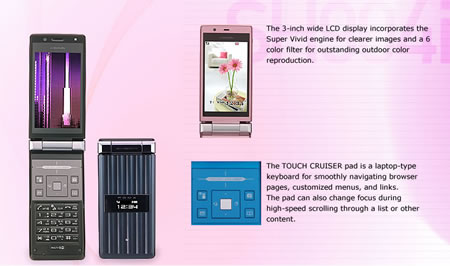