NTT DoCoMo today unveiled the MEDIAS N-04C and Xperia arc SO-01C smartphones and Optimus Pad L-06C tablet computer, each of which will go on sale in Japan in March or thereafter.The MEDIAS N-04C is the world’s thinnest 3G smartphone, measuring just 7.7 mm, and weighs only 105 grams. It is equipped for popular services such as mobile wallet (Osaifu-Keitai™) and One-Seg mobile digital terrestrial television, convenient infrared-based data exchange, and much more. A quick-shot photo function enables consecutive shots every 1.1 seconds. The MEDIAS N-04C will be available on March 15. 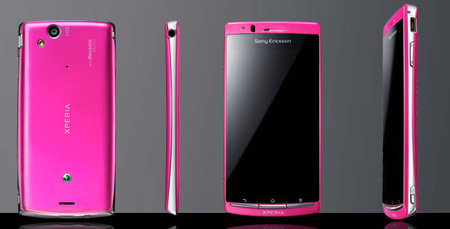 The Xperia arc SO-01C, the newest model in the Xperia series, is powered by Android 2.3, the latest version of this operating system. It will achieve a maximum downlink of 14 Mbps as the first handset compatible with DoCoMo’s enhanced extra-high-speed downlink service, which is set to launch in HSDPA service areas this June. The Xperia arc SO-01C will be available on March 24.

The Optimus Pad L-06C is powered by the Android 3.0 operating system for tablet PCs. The model, which only weighs 620 grams, features a high-resolution 8.9-inch display and dynamic stereo speakers for “mobile-theater” experiences. The Optimus Pad L-06C will be available in late March. 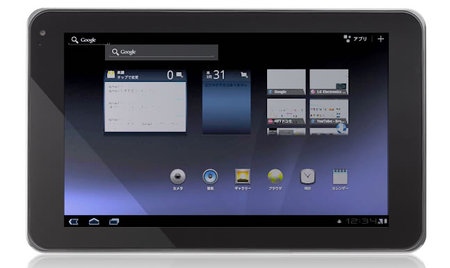 All three models are compatible with the BeeTV video distribution service for Android smartphones that will launch on March 24. For a monthly charge of just 315 yen (including tax), DoCoMo Android smartphone users will enjoy video entertainment tailored specifically for viewing on mobile devices.