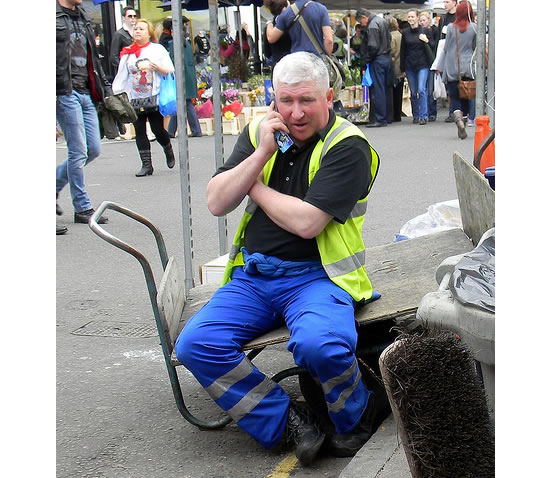 OKI has developed an ambient voice suppressor (AVS) technology that accurately extracts voice periods and suppresses noise, and a compact sound source separation (SSS) microphone module based on this technology. Achieving significant improvements in separating and extracting the speaker’s voice from surrounding noise, the AVS technology makes possible stress-free communications via smartphones and other mobile devices in noisy environments, such as exhibition halls, inside vehicles, train stations, and so on. Smartphones have grown increasingly popular in recent years and are often used in hands-free for teleconferencing or other purposes, as well as for ordinary phone calls. 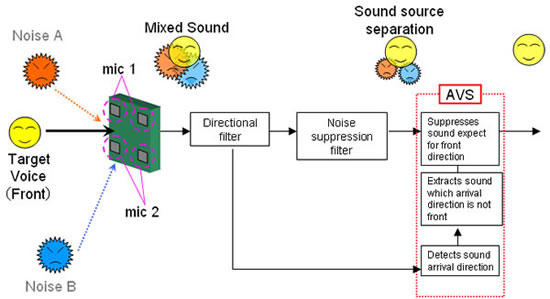 When a mobile phone is used for hands-free calls in noisy public locations, the phone’s microphone might pick up surrounding voices and background noise, generating howling or degrading speech communication quality. The AVS function can accurately distinguish the speaker’s voice from the voice of someone next to the speaker and extract the speaker’s voice. OKI plans to promote the use of compact SSS microphone modules and sound source separation software featuring the AVS technology in information communication devices .