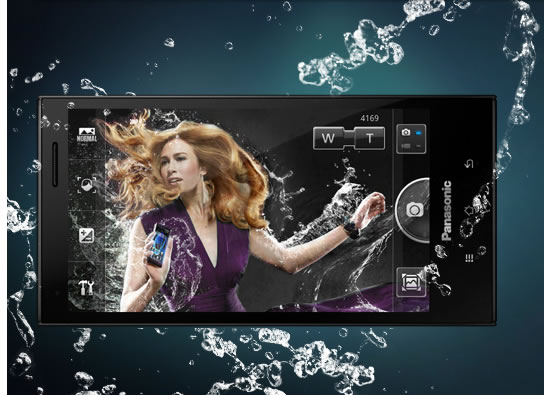 The Panasonic Eluga– whose name stems from the phrase ‘elegant user-oriented gateway’ – weighs in at just 103g, making it the lightest Android smartphone in Europe. As well as being waterproof, the Eluga packs a 4.3 inch capacitive OLED QHD screen. The 4.3″ (10.9 cm) capacitive OLED qHD screen – with a slender 123 × 62 × 7.8 mm frame – offers a resolution of 960 × 540 px and the largest display area ratio currently on the market. This makes the pixel density so high that you’ll be unable to pick out an individual pixel. The ELUGA offers truly vivid colors, enhanced readability and outstanding sharpness as standard.With a 7.8mm profile along the entire length of the phone, the ultra-slim D shape is designed not to ruin the line of clothes – even the Eluga’s high quality 8MP camera lens with 8GB integrated memory lies flat against the phone’s chassis. 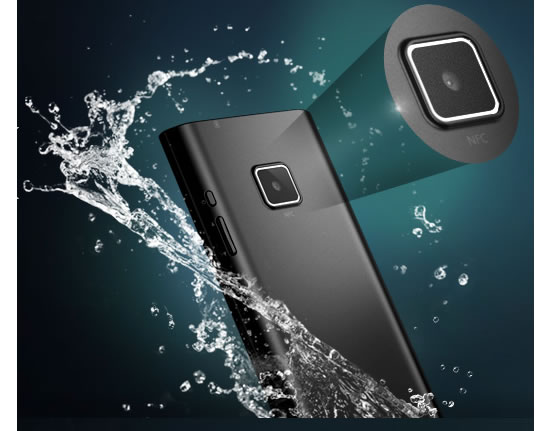 The Panasonic Eluga with NFC applications makes your life easier. Share contacts, links, pictures, directions or apps with other NFC-enabled Android phones. Start your workflow with just one touch of your IC tag card. The open standard NFC makes the Eluga future-ready – enabling you to take advantage of contactless infrastructure in public transportation and mobile money and ticketing applications. 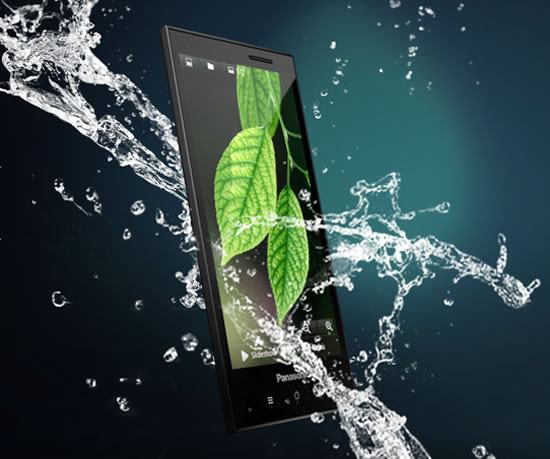 Eliga’s Eco Mode helps you to save energy and to achieve a longer battery life. If the power of your battery falls below a defined amount, Eluga automatically turns off certain functions and setting changes. In this way, the phone uses less battery power. For example, the function reduces the display’s timeout, terminates background applications that aren’t being used and limits the processor’s consumption because the usage is limited on normal apps. Get the most out of your phone – in every situation.