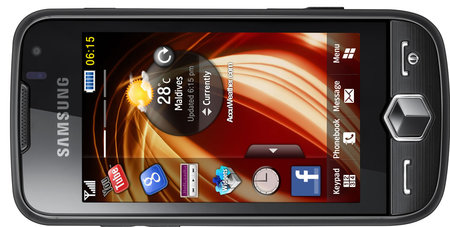 Pre-orders for the new phone Samsung Jet have already crossed 2 million units. Samsung Jet will hit showrooms in some 50 countries this month. This is the first time that a Samsung phone has exceeded the 2 million mark during the pre-order period. Some 1.8 million units of Samsung UltraTouch, released earlier this year, were ordered before its worldwide release. The Samsung Jet launched last week in London, Singapore and Dubai, offers high color resolution while consuming 40 percent less energy than existing mobile screens.

The handset features an 800MHz CPU as well as 2GB onboard storage that can be expanded to 16GB. The phone has all the specs of a high-end phone such as HSDPA, Wi-Fi, GPS and Bluetooth 2.1, advanced camera and audio technologies.