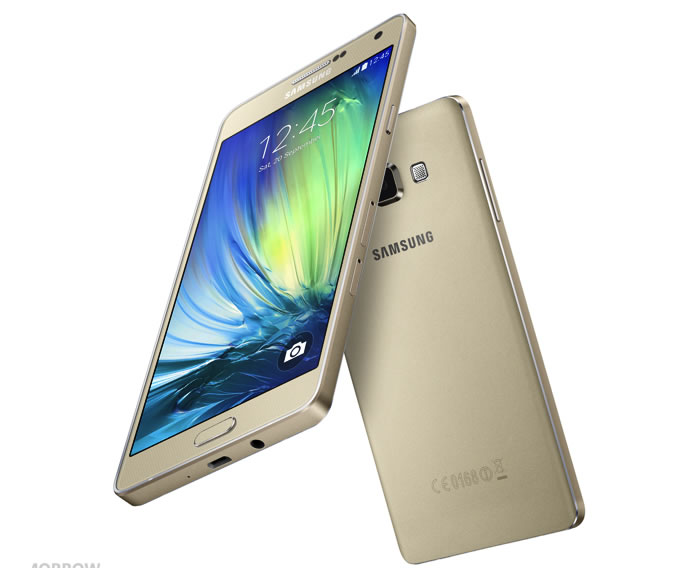 Samsung today announced one of the slimmest Galaxy smartphones -the Galaxy A7, equipped with premium hardware for a superior social experience. Combining powerful multitasking performance with sophisticated design, the Galaxy A7 expands on the popular services provided by the Galaxy A5 and A3, enabling users to capture and share every moment seamlessly on their social media platform. Galaxy A7 features stunning 5.5” HD sAMOLED and runs on Android 4.4 (KitKat) OS. 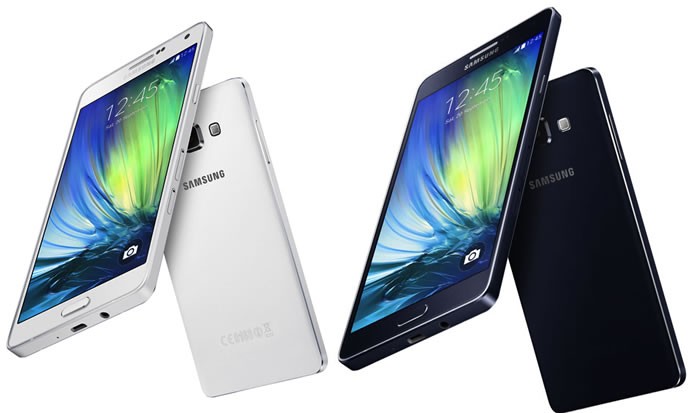 The Galaxy A7 is equipped with a multicore processor combining two separate quad core processors (LTE : 1.8GHz Quad-Core + 1.3GHz Quad-CoreLTE/3G Dual SIM : 1.5Hz Quad-Core+ 1.0GHz Quad-Core), enabling users to quickly and easily perform data intensive tasks. The Galaxy A7 has 16GB of memory and 2GB of RAM to power all of a user’s favorite apps and media, and is supported by a long-lasting 2,600mAh battery. 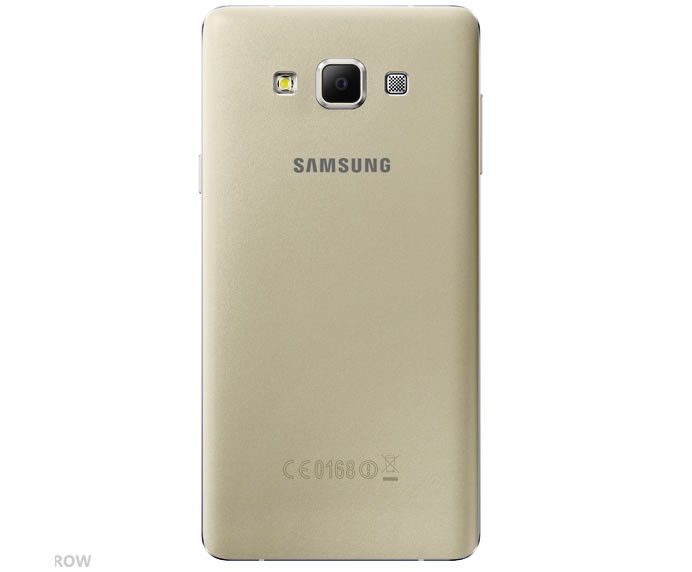 The Galaxy A7 with an advanced 5 Megapixel front-facing camera and advanced selfie feature, includes Ultra Wide Shot and Auto Selfie modes, which make it possible to take a photograph using only a voice command or even a simple wave of the hand. The device also features Always Clear Voice Auto Control to reduce noise from the surrounding environment, as well as LTE Category 4 support for quick and easy photo and video uploads on any social network. In addition to these features, the Galaxy A7 offers a Private Mode, which adds an extra layer of security for important files and documents. The A7 also has Multi Screen app function capability. 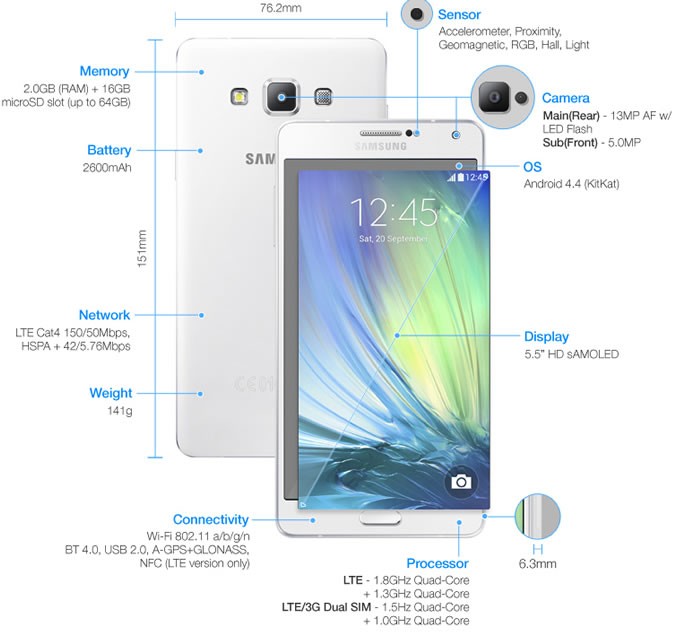