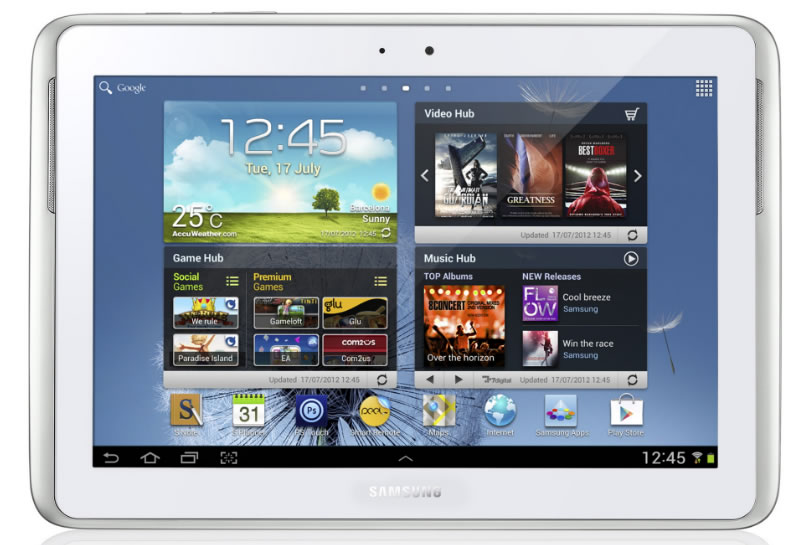 Samsung announced today the launch of Galaxy Note 10.1, an extension of the GALAXY Note category. Galaxy Note 10.1 is outfitted with the functionality and precision of a pen and paper on a 10.1-inch large display, providing endless possibilities to elevate a user’s creativity, productivity and learning abilities. Galaxy Note 10.1 is designed with advanced hardware technology, including a 1.4GHz quad-core processor and 2GB of internal RAM. Seamless multi-tasking, high-standard graphics, and blazing-fast performance without any lag are essential features of Galaxy Note 10.1. The device also includes a 5-megapixel main camera and a 1.9-megapixel front-facing camera.


With Galaxy Note 10.1’s Multiscreen feature, users can effortlessly utilize two different applications side-by-side simultaneously for true and easy multitasking. Users can view Web pages or videos, or launch other applications while writing or sketching ideas with the S Pen on the other half of the screen. Users can freely capture and crop images, and paste them onto the other screen to make personal notes and enhance their creativity, productivity and learning abilities. The Multiscreen feature increases productivity and efficiency while users are enjoying multimedia content. 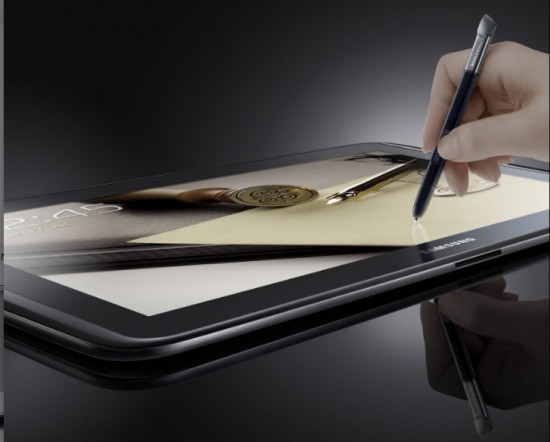 Featuring its advanced 6.5mm S Pen, Galaxy Note 10.1 is optimized for the creation of personalized and expressive content in the most natural and intuitive way. The S Pen’s feel and functionality are specifically designed for an optimal experience on the 10.1-inch screen. The S Pen is embedded directly in the device and, when removed, automatically launches specially-optimized applications, including S Note, S Planner, Crayon physics, Adobe Photoshop Touch, and Polaris Office. Galaxy Note 10.1 brings a new culture of creation through the user’s own notes, and enables an entirely new experience to improve productivity and enjoyment. 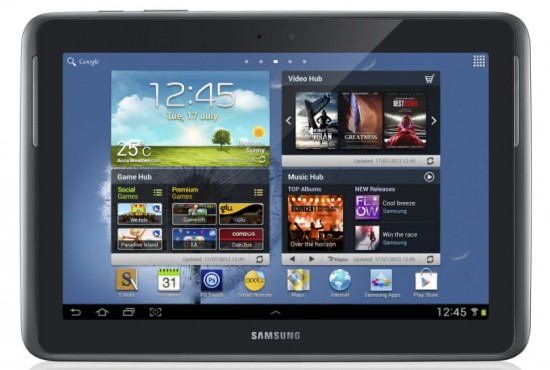 Several other features have been added to Galaxy Note 10.1 including Smart Stay, which tracks the user’s eyes to ensure that the screen is always on while being looked at, and Pop Up Play, which allows the user to watch a video anywhere on their screen while simultaneously running other tasks. Galaxy Note 10.1 comes in three connectivity options: a WiFi-only version, a WiFi-and-3G HSPA-Plus connectivity version at launch, and a WiFi-and-LTE version later this year. GALAXY Note 10.1 is available in Korea, Germany, the US and the UK while it will gradually roll-out to other global markets starting in August.