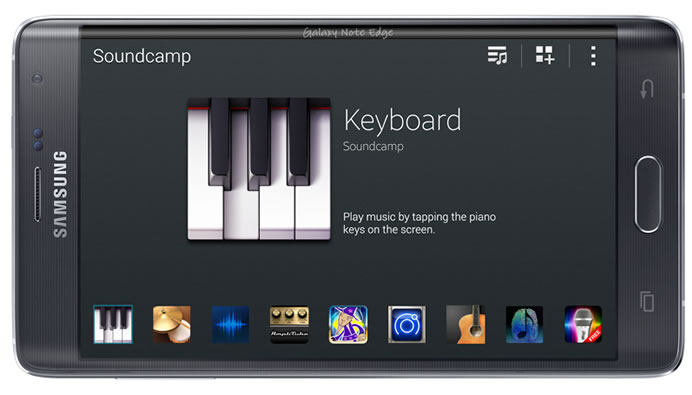 Samsung Soundcamp Brings the Recording Studio to your phone

Samsung Soundcamp is a mobile DAW (Digital Audio Workstation) application. Basically, it is an open platform consisting of two internal virtual instruments and audio input, and various third party virtual plugin instruments and effects for Android. Anyone interested in music can play, compose, and even share their songs anytime and anywhere with an internet connection on the platform. From amateurs to professional musicians, anyone can use this app with ease. Samsung Soundcamp is available on Galaxy note 4 and Note Edge for now, and will be available on Galaxy Note 3 and Galaxy S5 by the end of this year. 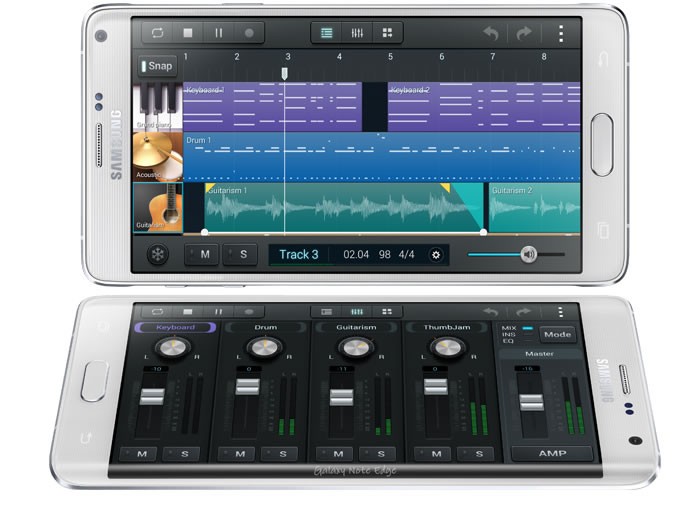 One of the perks of this music app is its audio mixer. Just like a real mixer used in recording studios, users can combine, route, and change the level and dynamics of audio signals using this mixer. In fact, to fit it into the screen of Samsung smartphones, the mixer functions were divided into three layers: mixer, effectors insertion, and Equalizer. This allows users to easily edit their recordings on one screen, making it even easier to use. 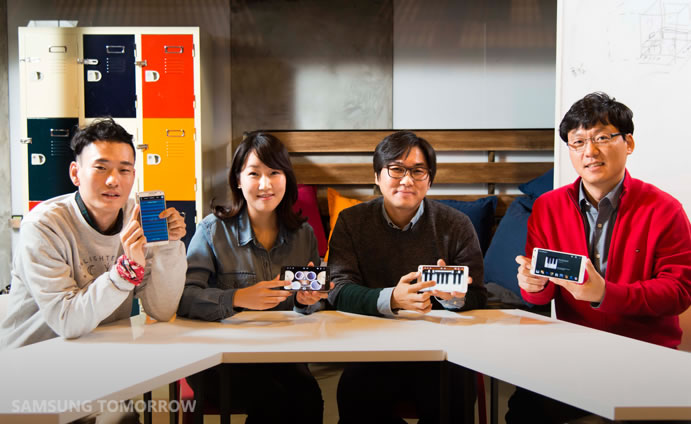 To help continue the innovation process, developers can easily upload their apps on Soundcamp. In fact, Samsung’s Professional Audio SDK 2.0 was released at SDC 2014 along with Soundcamp to encourage developers to create virtual instrument apps easily with Android. Once developers develop their apps using the SDK and register them on Galaxy Apps, they will be automatically uploaded on the open platform, i.e. Soundcamp, as third party apps. Due to this easy process, 20 developers and companies have easily shared their apps on Soundcamp and more apps are in process of being launched.