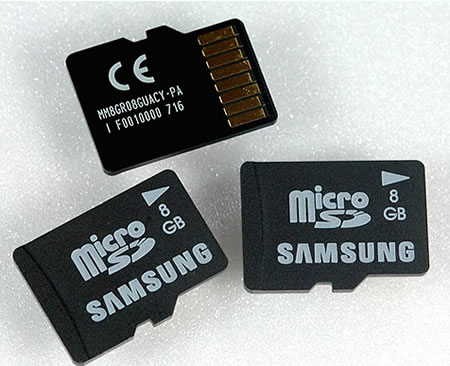 MicroSD cards, which are a quarter the size of an SD card, are backward compatible with SD cards using an extender, to allow multimedia files downloaded by mobile phones to be easily displayed on other media. The market research firm Dataquest predicts that by 2010, the 8GB memory card will be the market mainstream in terms of units sold.