Samsung released its first N-screen supporting smartphone, the Galaxy S Hoppin, for SK Telecom customers in South Korea. In conjunction with the launch of SK Telecom’s Hoppin service, which offers seamless exchange of content on different devices, such as a smartphone, personal computer, tablet PC and TV, Samsung said the Galaxy S Hoppin also acts as a set-top-box. The Android-based phone just added the Hoppin function on its popular Galaxy S model. When connecting the Galaxy S Hoppin to a TV, users are able to play smartphone-stored content on the TV and can also search and buy content. 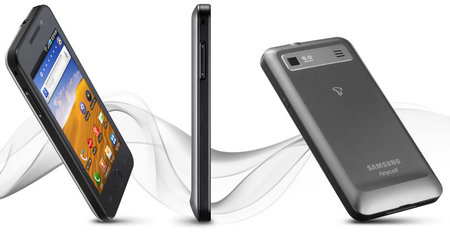 In addition, when users leave the living room while watching a movie, they can continuously watch the movie through the smartphone or tablet PC on the subway or bus. The Samsung Galaxy S Hoppin also supports wireless content sharing through the Digital Living Network Alliance (DLNA).