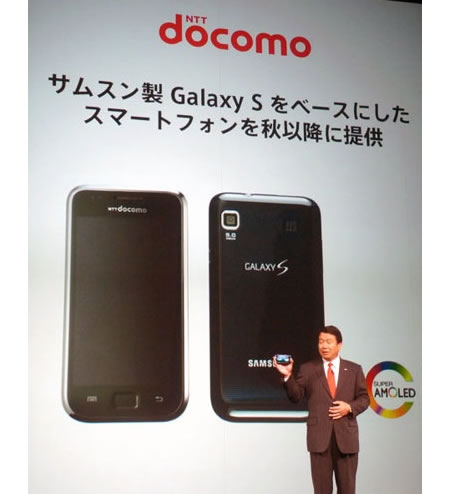 Samsung Galaxy S smartphone is selling like hot cakes in Japan, the land of manga, thanks to its bright, vibrant display. In its debut week at the end of October, Samsung’s flagship smartphone dethroned the Apple iPhone 4 as the top-selling cell phone in Japan. Customers have to wait more than a week to receive the device as its exclusive distributor in Japan, NTT Docomo, has sold out its initial supply of 50,000 units. One of the main reasons for its huge popularity is the voracious appetite for cartoons and comic books among many Japanese consumers. The Samsung Galaxy S’ AMOLED screen is more vibrant and sharp than LCD displays. The color reproduction is very realistic, and the contrast of light and dark is not affected by brightness or viewing angle, offering a clear picture even in bright lighting.

This makes it an excellent device for viewing comic books or animations. The passion for animation has also led to a sharp increase in sales of microSD flash memory cards, which are used to store data on smartphones. Many Japanese consumers fill up 16GB microSD cards with cartoons and animations to view them on their mobile devices.