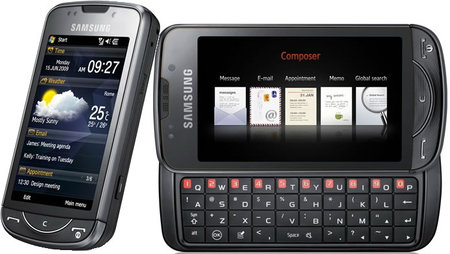 After much speculation and secrecy, Samsung has finally revealed the Omnia Pro B7610 (aka, B7610 Louvre) QWERTY slider at CommunicAsia. The Omnia Pro B7320, is very similar to the Jack candybar already available to AT&T customers.

However, Samsung has still maintained secrecy about the B7610 and not revealed any details regarding the phone’s specifications. So until then, we have to believe the rumors about the 3.5-inch AMOLED display with 800×480 pixel resolution, 5.1 megapixel camera, 7.2Mbps HSDPA data, 802.11b/g WiFi, Bluetooth 2.0, 1GB built-in with microSDHC expansion, and 800MHz processor driving Windows Mobile. 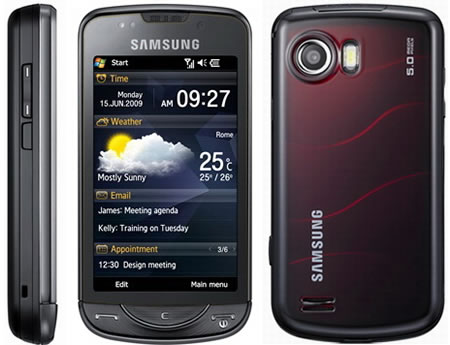