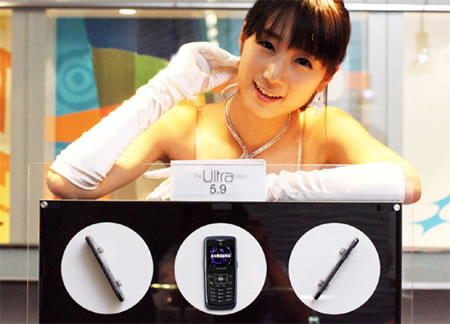 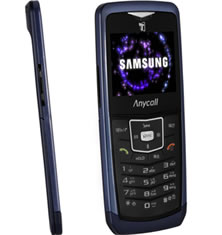 Samsung Electronics Ultra Edition 5.9 (SCH-C210) cell phone which is less than 6mm thick has just been released in Korea. Samsung announced on Wednesday the Korean debut of its Ultra Edition cell phone, which at 5.9mm is the thinnest phone in the world. The bar-shaped Ultra Edition 5.9 is second-phase model from Samsung’s premium Ultra Edition series, which have been popular sellers around the world. To ensure durability the body is made of magnesium and fiberglass, and the phone also features Bluetooth technology, a 2 mega-pixel camera, an electronic dictionary and an MP3 player.

The revolutionary size was made possible with Samsung’s own hardware technology, called SSMT (smart surface mounting technology), and the company’s continuous focus on components development.
With a width of 48.3mm Ultra Edition 5.9 (SCH-C210) cell phone is comfortable to hold.