Samsung unveiled its 5.3-inch smartphone Galaxy Note in London today. The size of Galaxy Note makes it a kind of halfway house between a phone and a tablet PC. The phone was originally to be released in the U.S. first, but Samsung changed its mind. Its 5.3-inch screen makes it easier for users to make notes or watch videos than the 3-4-inch screens of normal smartphones. It is equipped with a dual-core 1.4GHz processor and Android 2.3 Gingerbread operating system, is 9.65 mm thick and weighs 178 g. 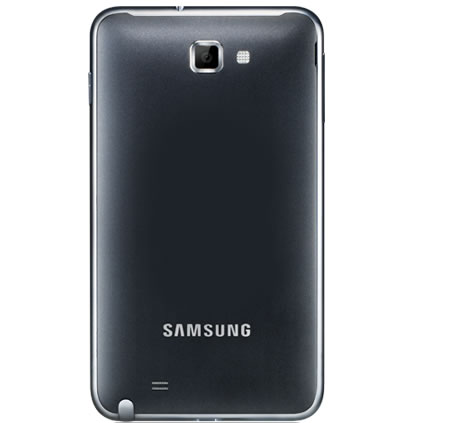 With a stylus pen, users can make notes or touch the screen with greater precision and sensitivity. After the launch in London, the Galaxy Note will be released in Korea and abroad.