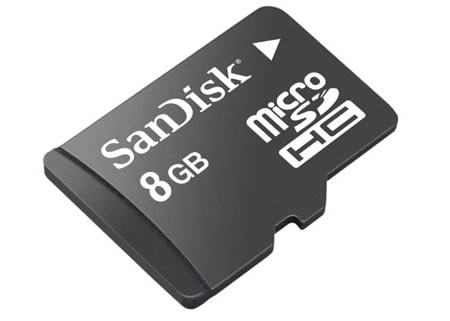 SanDisk has begun sampling 6- and 8-GB microSDHC flash memory cards to major phone manufacturers and mobile network operators for testing and evaluation. The new SanDisk cards are ideal for the growing number of feature-rich multimedia handsets that bring together phones, music players, hand-held computers, digital cameras and more. An 8GB microSDHC card can store more than 2,000 digital songs, or more than 5,000 high-resolution pictures, or up to 5 hours of high-quality MPEG 4 video2.

Retail release of the cards and availability to phone manufacturers and network operators are planned for later in 2007. Pricing has not yet been determined.