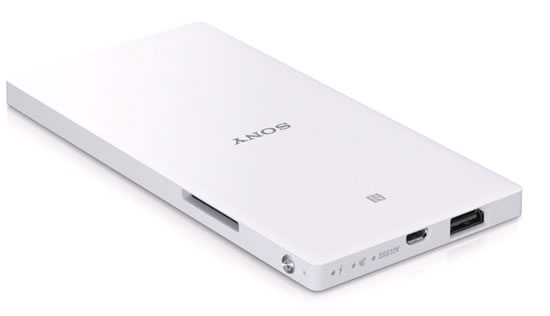 Wireless Server from Sony. Slip in an SD memory card and use the WG-C20 to view and share all those photos, videos and MP3 music… even office documents and other PC files. For even more storage capacity, hook up USB devices like a flash memory, digital camera or portable hard drive. It’s the first Portable Wireless Server from Sony that supports NFC for fuss-free wireless connection. Just touch your Xperia or other NFC-equipped mobile device briefly against the WG-C20: the app wakes up and automatically makes a direct Wi-Fi connection with no fiddly set-up codes. 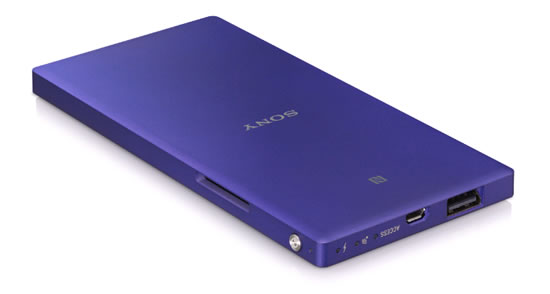 With support for DLNA, the WG-C20 is just like a mini home media server. Stream stored video, photos and music to your TV, hi-fi, PCs, tablets and other networked DLNA client devices around the house – with no cables needed. You can also hook up an external hard drive via USB cable and share the contents. The WG-C20 also doubles as a handy power source for your smartphone, tablet or digital camera, quickly charging other devices via USB from its high-capacity battery when there’s no mains socket nearby. Measuring just 14.4x7cm and 9mm thin, the pocket-sized server is evolved from the WG-C10, now adding even more possibilities. The new Sony WG-C20 Portable Wireless Server is available in white, black and purple in Europe from November 2013.