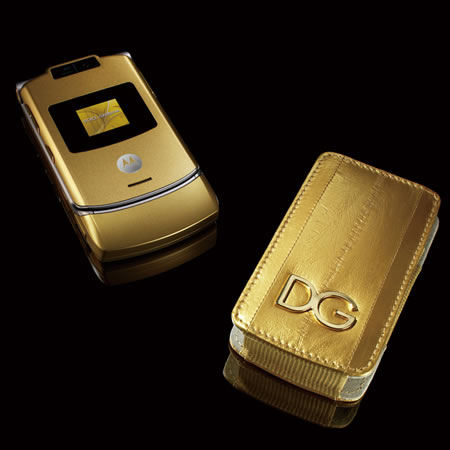 NTT DoCoMo, Inc. will begin marketing, for a limited time, an exclusive, special-edition handset, the M702iS DOLCE & GABBANA, developed jointly by Dolce & Gabbana, Motorola and DoCoMo, via DoCoMo’s Internet online sales channels. The handset is finished in elegant Dolce & Gabbana Gold and is installed with an original standby screen and a screensaver featuring the Dolce & Gabbana logo. Also, the Dolce & Gabbana logo on the sub display glows during calls, and four original ring tones were selected by Domenico Dolce and Stefano
Gabbana for the model. 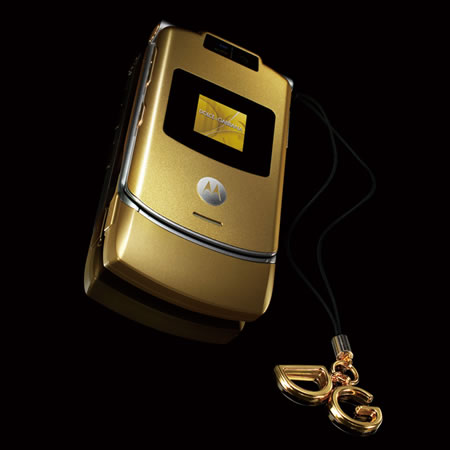 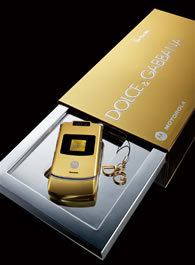 The M702iS DOLCE & GABBANA handset will costs 75,000 yen ($640) and will be available for purchase via PC and i-mode Japanese-language portals from 8:30 am on April 20, 2007. This promotion is available to customers only in Japan. The special-edition handset will remain on sale until May 31 at 10:30 pm, or while supplies last. Dolce & Gabbana shops in Japan began accepting orders for the model from March 1.