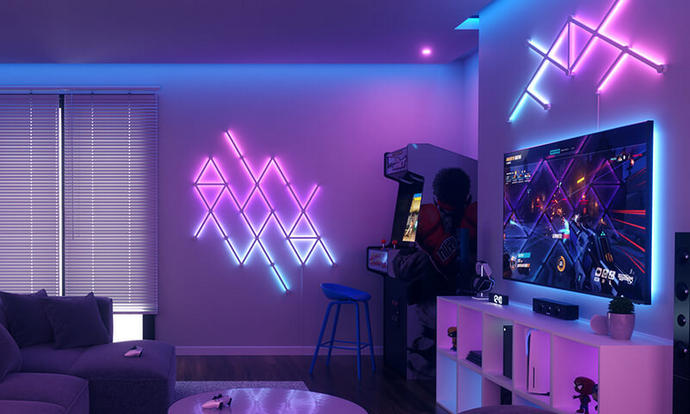 The coolest tech gadgets that one can buy

With the years that pass technology makes strides and to quote Ariel from the little mermaid “gadgets and gizmos’ a plenty!” Almost every other year new gadgets from major to minor tech companies are launched worldwide and the cultural impact can be widespread and be immense or minor. A few of the tech gadgets that have impacted society as we know it for the better, and the incredible, can almost to perfection recreate an otherworldly real life place in your living room.

The VR Headset that can alter your perception of reality
Augmented reality and Virtual Reality have been around since the early 1980’s. However, the improvements to the technology implemented in the headsets and camera functions have made immense strides since their first launch.

One of the coolest gadgets a house could have or a person could own is hands down, a VR Headset. Not only due to the many different gadgets that can be added to it and heighten the virtual reality experience to a heightened level, such as the touch controllers which vibrate as a response to movement or VR touch, or the impressive walking-and running platforms that can alter the users experience and perception of VR-reality.

The most well-known and media covered VR user experiences of how the VR headset is no longer only for video games is Elliot Pages new workout routine. Many talk-show hosts and magazines have been asking Page how he buffed up so fast and built the biceps that he has, and to that Page simply answered VR: A 45-minute VR fitness game. Another instance of how VR have altered people’s lives are the impressive graphics and life-like feeling that many establishments now use to create the ultimate online, yet real to the touch, experiences. Casinos are one of the leading establishments who have managed to re-create the experience to a tee: from sitting down at a table to play around of roulette, playing the slots, too pulling the bandit-machines arm and hearing the sound of coins clinking in the jackpot slot.

Light up your world with unique lights with NanoLeaf Lines
Interior design has always been an area of personal expression, many trends come and go but a home truly shines as your own with those personal touches that never go out of style. Just as the NanoLeaf Lines.

The impressive lights have a whapping 16 million colour variants, a specialised button on the remote which when pressed have the colours react to the music that is playing. However, the ultimate feature of these lights is that you can combine them into any specialised pattern, and connect them all, no matter if some are light lines or hexagon panels.

This is not only a cool feature to create a unique space in one’s home, but professional DJs and VIP event-creators across the world have come out with these as their secret weapon to have the audience jump to the beat of the music and come away from events with an awed expression.

In the fall of 2020 the innovator and one of the founders of OnePlus, Carl Pei left the phone and tech company, to start his own very secretive tech company, Nothing. In the summer of 2022, the 12 of July, the worldwide release of The Nothing Phone 1 finally came. It sent Carl Pei straight back into the big leagues. With the combined sleekness of the newest iPhone and sturdiness of OnePlus flagships, this new transparent phone with its led lights and phenomenal features and impressive system have even the most loyal Apple users drawn to get their own.

The new era of tech
From the impressive new concepts of phones, life-like automated lights, and the continuous evolution of the VR Headset there are many more cool tech gadgets to see and explore and many more released every other year. A quick conclusionary list of some not so well known are the Shiatsu portable neck and back massager, Vaha S’s fitness mirror which brings the gym to you in form of 850 at-home workouts in real time, and Gocycle Go G4 foldable electric bike with high comfort. The era of continuous impressive tech gadgets continues to impress.

The cultural impact of these tech gadgets have had an immense positive change in people’s lives and pop culture influences which have led to other industries flourishing and expanding in its footsteps.