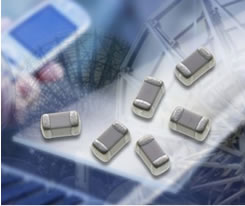 Toshiba has developed the world’s first circuit technology to remove distortion in wireless transmissions that can be directly integrated into a CMOS radio frequency (RF) power amplifier. The various wireless communication standards deployed today use different frequency ranges, but in all of them the output radio frequency signals are amplified by power amplifiers designed for these standards. The optimum solution would be compact, easy to fabricate CMOS RF power amplifiers, but these have proved difficult to achieve. Battery-powered mobile phones and smartphones must sip rather than gulp power. For successful transmission to a base station, the amplitude of the signal, and therefore its power, is boosted by an RF power amplifier.
As RF power amplifiers in mobile phones consume a lot of power, high efficiency is essential to extend the battery life. Toshiba has successfully simplified and downsized the distortion correction circuit, allowing it to be integrated into a CMOS power amplifier, by identifying the threshold beyond which distortion degrades the RF signal. Correction is applied only when the output power from the power amplifier exceeds 0.2W, the level required for communication with a relatively distant base station. The new circuit will be unveiled on February 20, 2012 at the 2012 IEEE International Solid-State Circuits Conference (ISSCC) in San Francisco.