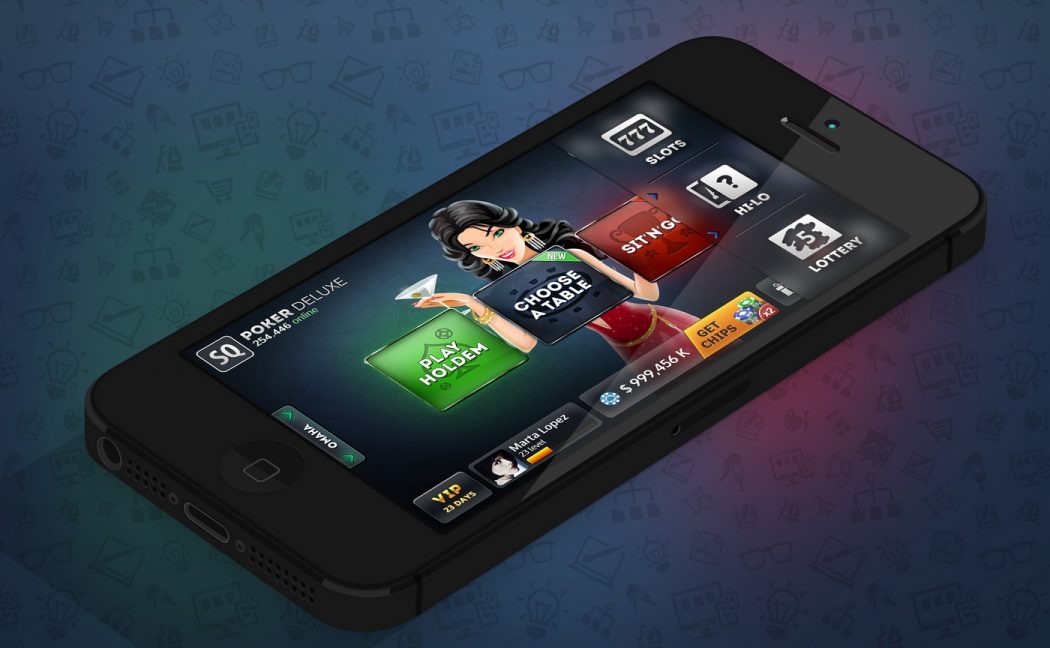 Win Some Extra Cash from Your Mobile Device

There’s no shortage of apps to keep you busy on your mobile device while on the go, but few allow you to win cold hard cash quite like poker. Let’s face it – hosting or attending an online poker game is about more than socialization. If real money is on the line, the seriousness of the get-together ramps up. Today, many of these games are happening across the planet between both strangers and buddies in online poker rooms.
If you want to win some cash at the expense of your poker-playing buddies, here is some advice:

Know Your Opponent
Your opponent has their own unique way of playing their hand as well as the types of bets they place. Poker is more than cards and chips, it’s also about people’s patterns and playing habits. People are creatures of habit and spend, save and place bets the same way each time. Recognizing their patterns allows you to maximize your own hand. Poker players fall into five distinct categories:

The Fish
The Fish is new to the game. Fish tend to play loosely and passively and get dominated by all of the other players at the table. In time, Fish learn the game and are best advised to not play each and they are dealt and recognize that they are not as experienced as the other players.

The Rock
The Rock sticks to their tried and true tactics that have won them games in the past. Rocks play the same hands and place the same bets. While their tactics can be a solid way to win the hand, they are very easy to read. Rocks need to learn to be more adaptable to the changing hands rather than sticking with the same strategies they have grown to rely on.

The Bully
The Bully is a dominate player who relies on intimidation and aggressive play to win the hand. Bullies are forceful in the way that play and tend to steamroll over the other opponents. Their style of play makes them a formidable opponent however Bullies need to make sure that they are believable or they will be out played by more skilled home poker players.

The Maniac
The Maniac is easy to spot. Maniacs tend to be brash in their play and make wild bets that have little forethought or strategy. Maniacs play by their gut intuition. Their bold style of play results in large wins however they need to be aware of what is going on around them and place bets accordingly.

The Shark
The Shark is the most rounded of all of the poker players. With their tactical bets, cunning style of play they prey on the Fish and defeat the other types of players as well. Sharks are the most difficult type of player to beat.

Know Your Own Style of Play
Now that you have identified the types of players you are competing against, you need to identify your own playing style and adjust your weaknesses to become a more formidable player. Poker is about mindpower rather than luck. Good poker players know that psychology is much more important than the cards they have been dealt. Start by identifying the patters of your own poker playing and make adjustments for your next online poker tournament to become the Shark of the table.