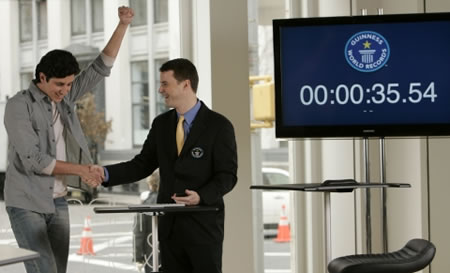 A new world record for the fastest text message has been set by a user of Samsung Electronic’s Omnia II handset, which uses a mobile input technology made by Swype. The new Guinness World Record for texting was set at 35.54 seconds by an Omnia II phone user in New York. The user texted the Guinness-designated phrase: “The razor-toothed piranhas of the genera Serrasalmus and Pygocentrus are the most ferocious freshwater fish in the world. In reality they seldom attack a human.”That compares with a previous world record set by a user in Singapore who typed the 160-letter, 26-word phrase in 41.4 seconds. 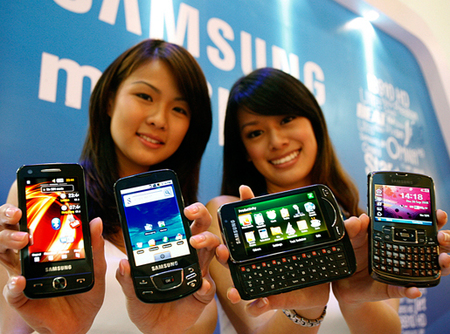 The Samsung Omnia II for the U.S. market is the one of the first mobile handsets to adopt the patented technology from Seattle, Washington-based Swype. The software lets users input letters on a touch screen by swiping their finger across a keypad, and then recognizes the path the finger made to create words.