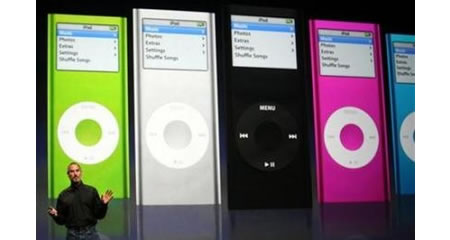 iPod is a brand of portable media players designed and marketed by Apple and launched in 2001. Devices in the iPod range are primarily digital audio players, designed around a central click wheel — although the iPod shuffle has buttons also.