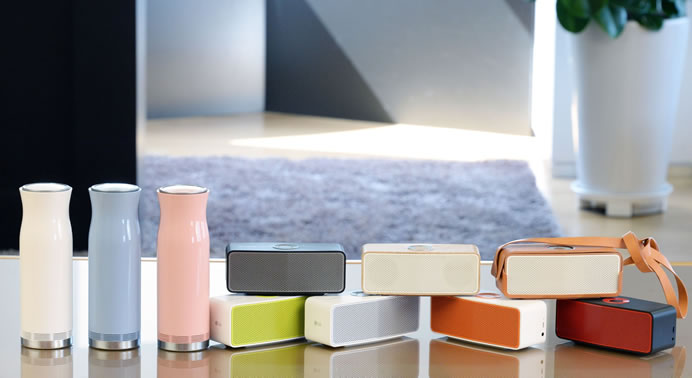 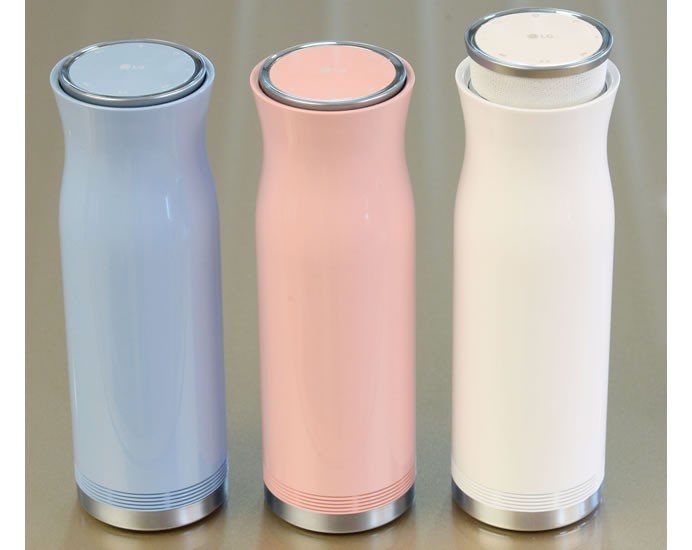 Meant to appeal to today’s active listeners, LG designed the SoundPop 360 to be extremely portable. The speaker’s unconventional design was inspired by a coffee tumbler, helping it fit naturally into listeners’ daily lives. The strong sound quality and small body of the SoundPop 360 are the result of close collaboration between LG’s Home Entertainment and Mobile Communications Companies. The cylindrical speaker has a 360 degree range so music sounds great regardless of the listener’s relative position. It’s perfect for listening in large groups and the party can go well into the night with 20 hours of battery life.

The LG Music Flow P5 is an extremely portable speaker that belies its powerful sound. The P5 supports LG’s Auto Music Play feature which automatically begins playing music when the audio source comes within range. Its rechargeable battery allows for 15 hours of continuous playback, more than enough for a full day of use on a single charge.The TV Sound Sync feature allows either speaker to be connected to a Bluetooth-compatible TV so that users can have a private viewing experience or go the other way and create a personal home theater. LG’s expanded Bluetooth speaker lineup and a special edition of Music Flow P5 will be on display at http://www.ifa-berlin.de/en/.