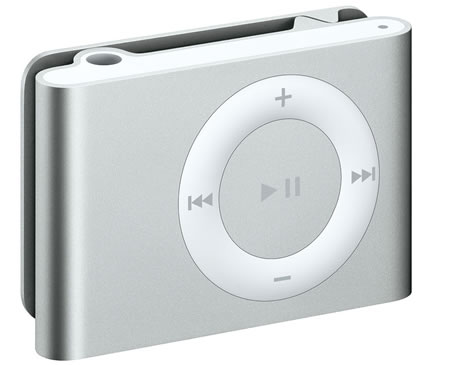 The new1GB Shuffle is half the size of the original model and is the world’s smallest digital music player with 1GB capacity. The 1GB iPod shuffle lets you wear up to 240 songs on your sleeve, or on your belt. Clip on iPod shuffle and wear it as a badge of musical devotion. . The new iPod shuffle measures a mere 4.1 cm (1.62 inches) long , weighs about 15 grams (half an ounce), holds up to 240 songs and plays music for up to 12 continuous hours. Clip it to your coin pocket. Clip it to your bag. No matter where you clip your skip-free iPod shuffle, you’ll have instant access to music. And iPod shuffle’s anodized aluminum enclosure goes with absolutely everything. Put it on, turn it up, and turn some heads. The Shuffle comes with a USB 2.0 dock for easily syncing and charging the player; unlike its predecessor, the new model can’t be plugged into a USB port. 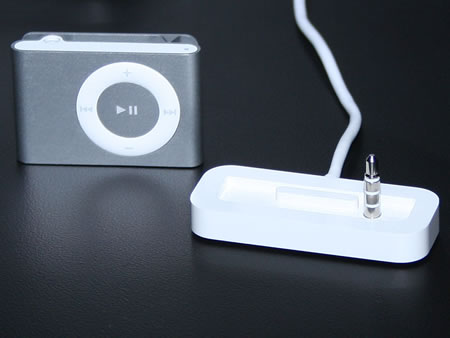 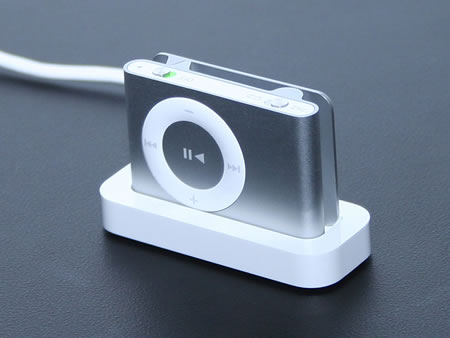 The new Shuffle, like the original one, lacks a display for viewing tracks and has a toggle switch for listening to tracks sequentially or in random order. The new I GB iPod shuffle from Apple Corporation will be available from October for approximately 9,800 Yen ($83) from Apple store near to you. Remember Engraving your iPod is easy and it’s free. 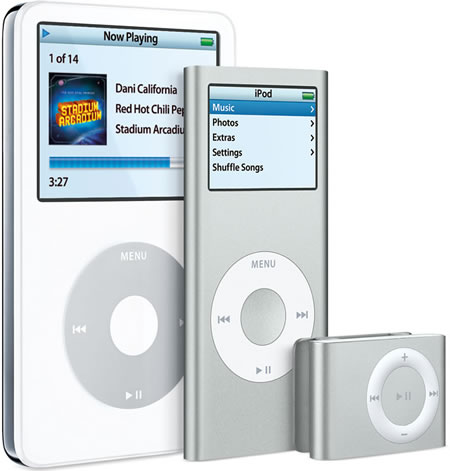