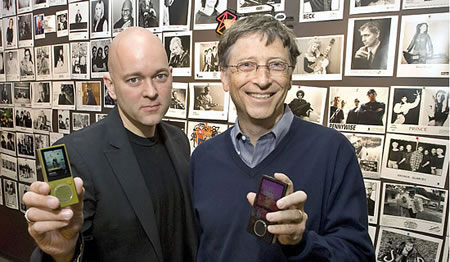 Microsoft has revamped its slow-selling Zune digital music player and created a MySpace-style social-networking site in its drive to compete with Apple’s market-leading iPod player. The revamped Microsoft Zune digital music player will be available in black, pink, green and red. The introduction of a smaller, sleeker version of the Zune player and the planned Zune social Web site – reflect an attempt to build scale for a brand that so far has achieved only niche status.

Microsoft has re-engineered the Zune hardware and software and the associated digital music store to make them all easier to use. Microsoft sold about 1.2 million units of the original device in the last year.