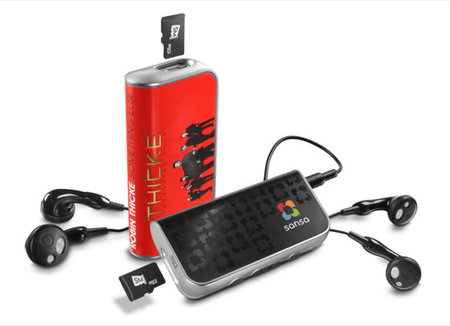 The plug & play, portable music player is specially designed for use with the new slot Music cards launched by SanDisk in the United States today. The Sansa slotMusic Player is made to play slotMusic card albums or a self-loaded microSD card full of music. The effortless player doesn’t require a PC, Internet or any time spent managing music. Consumers simply choose their slotMusic or music-filled microSD card, pop it into the device and will be enjoying their favorite tunes in seconds. The slotMusic is a new format of high-fidelity, DRM-free MP3 music on a microSD card, which gives consumers the ability to easily listen to—and quickly swap—their favorite songs among a mobile phone, personal computer, and any MP3 player with a microSD slot.