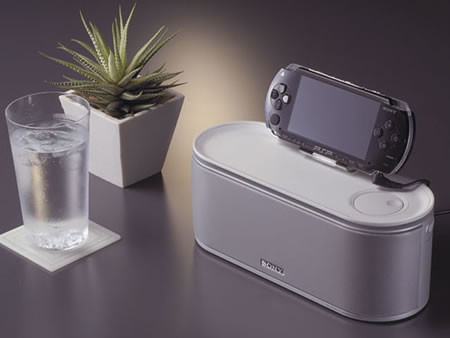 Sony has launched active speaker system SRS-U10 for portable media players. The design concept clearly indicates that Sony has designed the speakers keeping PSP in mind. The one piece speaker system is designed like a tray and is available in silver color. The built in digital amplifier with 3.6W out put, MEGABASS function delivers quality sound for which Sony is famous. You can place your PSP on the top of the tray type system with the attached stand. 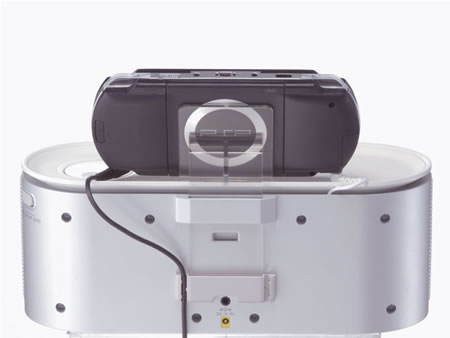