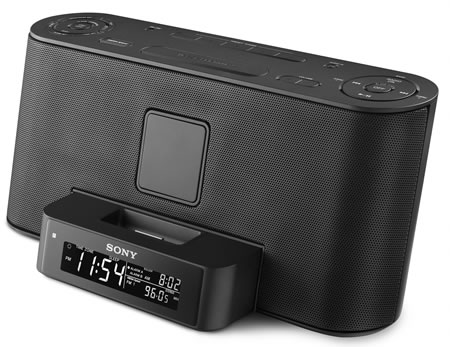 Sony’s latest clock radio ICF-C1iP let consumers enjoy their iPod music players without being tethered to headphones, allowing them to listen to music out loud virtually anywhere, anytime. Designed to work with most iPod models, the ICF-C1iP clock radio accommodates standard iPod adapters, but does not require their use. An adjustable backstop mechanism ensures that the iPod fits snugly and securely to the clock radio’s 30-pin connector. An included wireless remote control provides full access to the iPod’s menu, as well as to radio tuning and volume functions. Sony ICF-C1iP charges the iPod while it’s docked. 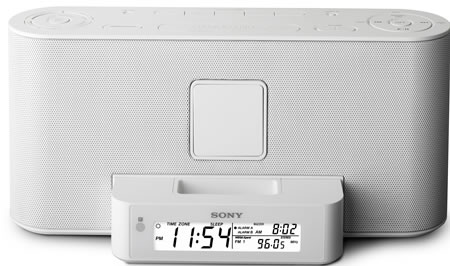 Sporting a full-function alarm clock, users can wake up or fall asleep to content on their iPod, the radio or a buzzer. The Sony clock radio ICF-C1iP also has automatic Daylight Savings Time adjustment, eliminating the need to reset the clock in the spring and the fall. Adjustable brightness control over the LCD display provides easy readability. The Sony clock radio ICF-C1iP comes in both black and white designs and will be available in August for about $100 at Sony Style stores.