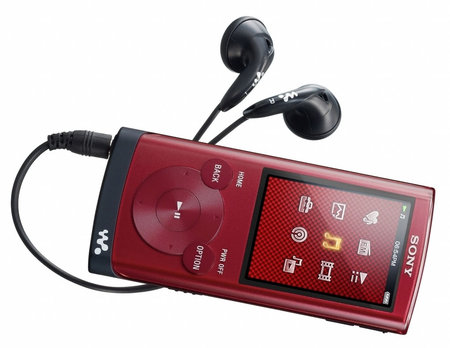 The player features Sony’s SenseMe technology, which automatically categorizes music tracks in a connected library into a variety of music channels and playlists. It also has a brand new user interface with such features as “Album Scroll” and “Scene Scroll”, enabling quick and easy content navigation. The Sony E Series Walkman will be available next month for about $70 for a 4GB memory version, model NWZ-E353, and $80 for an 8 GB version, model NWZ-E354.