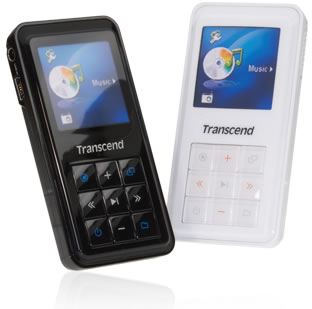 Transcend announced launch of its new T.sonic 820 series of MP3 players. With 1.5-inch Super Color OLED screen, the T.sonic 820 is an advanced MP3 player designed to play music, photos and video. In addition, the T.sonic 820 player has a FM Radio and Advanced Digital Recording features to record sound using its Built-in Microphone, an External Microphone or Line-In (e.g. CD Player) devices. You can also use the T.sonic 820 to read E-books and as a storage device to store your computer files. Moreover, Transcends T.sonic 820 has a Play list Builder, Real Time Clock and Karaoke-type Lyrics display that encourage users to sing-along by displaying the lyrics of a song on the screen. T.sonic 820’s other features include A-B repeat function, which allows you to replay a designated section of a track and if you combine this with the unit’s adjustable Variable Track Playback speed control, you get all the functionality of a nifty language learning tool.