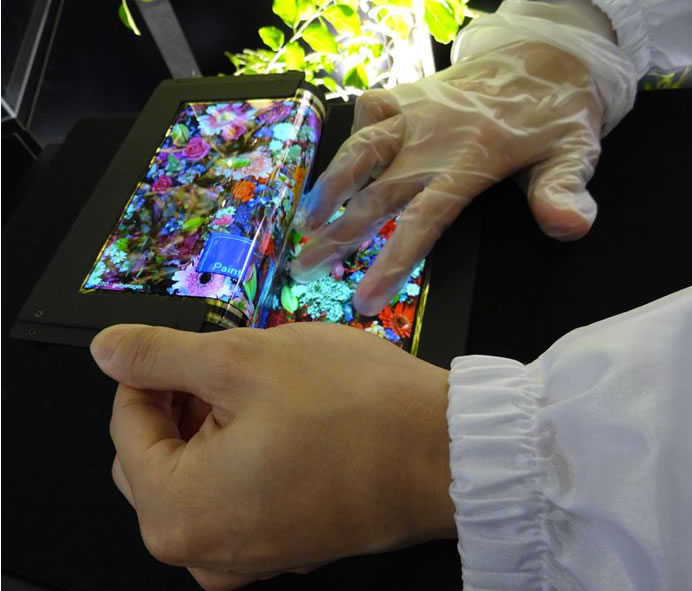 Semiconductor Energy Laboratory (SEL),Japan exhibited an OLED display that can be folded in three at Display Innovation 2014, in Yokohama City, Japan. The screen size, pixel count and resolution of the new OLED display, which SEL calls Foldable Display, are 8.7 inches, 1,080 x 1,920 and 254ppi, respectively. For its backplane, a c-axis aligned oxide semiconductor is used. Its gate driver is formed on a substrate, and its source driver is realized by COF (chip on film). 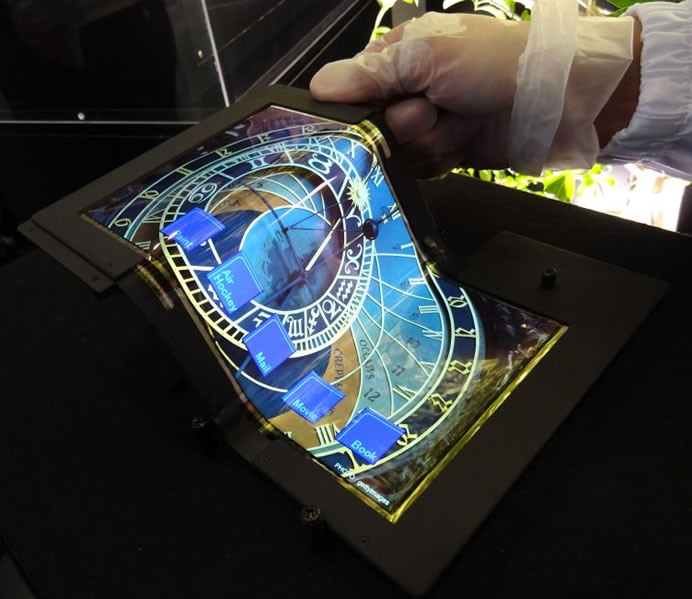 The thickness, mass and aperture ratio of the display are 100μm or less, 6g and 46%, respectively. The color display is realized by combining a color filter and white OLEDs having a tandem structure. The OLED element is a top-emission type. And SEL employed a capacitive touch panel. 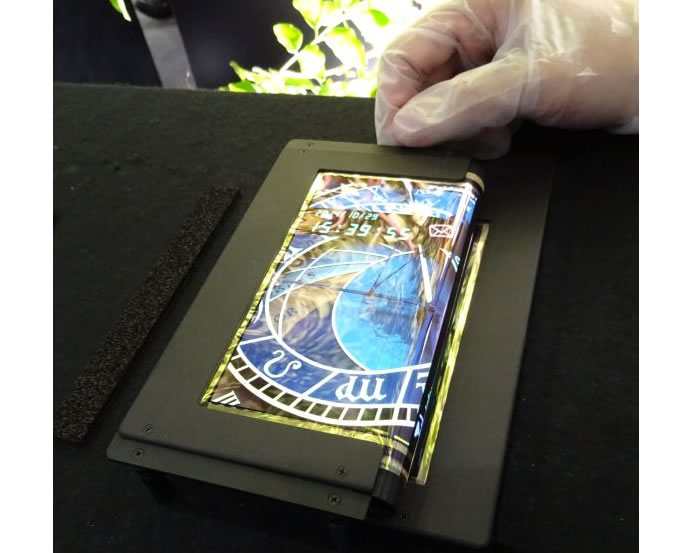 SEL announced a similar display with a screen size of 5.9 inches at SID 2014, an academic conference that took place in June 2014. This time, however, it increased screen size and added a touch-panel function.
Via: