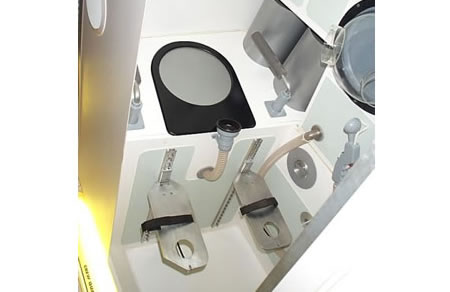 19 million US Dollars for a space station toilet

The space station toilet physically resembles those used on Earth, except it has leg restraints and thigh bars to keep astronauts and cosmonauts from floating away. Fans suck waste into the commode. Crew members also have individual urine funnels which are attached to hoses, and the urine is automatically transferred to a U.S. device that can generate potable water.