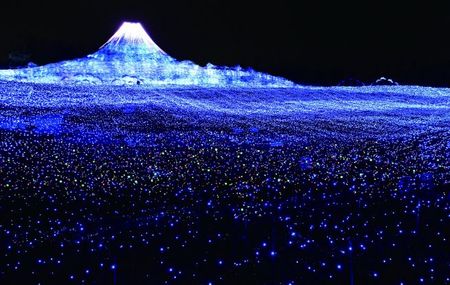 LEDs (light emitting diodes) form an image of Mt Fuji at Nabana no Sato theme park in Kuwana, Mie Prefecture. The park’s illumination, which lasts until March, uses more than 5.8 million lights in a dazzling display of shapes and figures. Nabana-no-Sato is a theme park located close to River Kiso and this year’s theme is Fuji and the Sea. The vast theme park with 8,000 square meters (about 26,400 square meters) of flower garden is decorated with LED lights since 2007. It has become one of Japans greatest local tourist attraction. 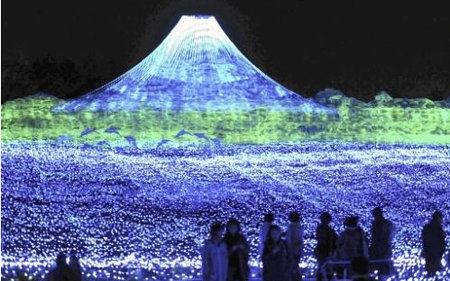 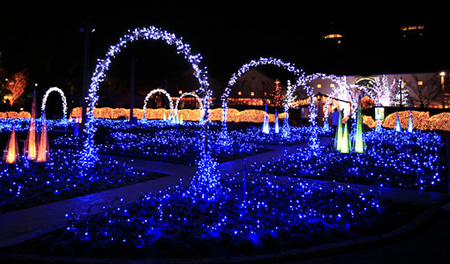 This place offer wide range of attractions: traditional Japanese-style garden, variety of open-air natural springs, beer gardens and restaurants that serve local brew beers and food, shops, and the Begonia Garden which has flowers all around the year, include begonias, and gorgeous flowers of 12,000 different spices from all around the world. Nabana-no-Sato provides variety of cuisine from traditional Japanese, Chinese, French and Italian. The park will be lit till 13th March 2011. 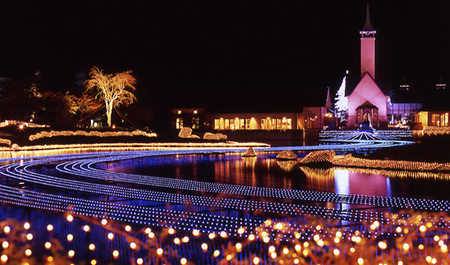