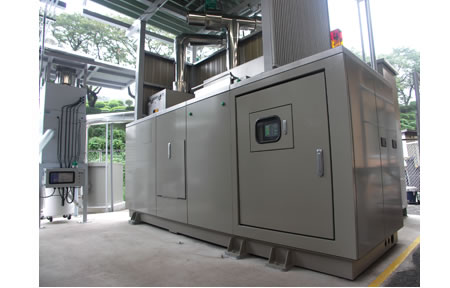 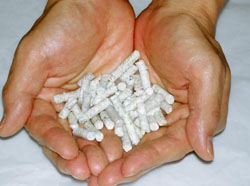 Determining that the bulk of diapers disposed of by hospitals and nursing homes were being sent to incineration plants, Super Faiths Inc. of Tokyo developed a machine to turn used diapers into solid fuel. The device, called the SFD system, is capable of crushing, drying and sterilizing used diapers and converting them into bacteria-free pellets. The process takes one day. According to Super Faiths, the pellets serve as an excellent fuel for biomass boilers and stoves. Another company, Total Care System Co. of Fukuoka, has established a way of dissolving diapers in a special solution and turning them into pulp and plastic for use as a construction material and as solid fuel.