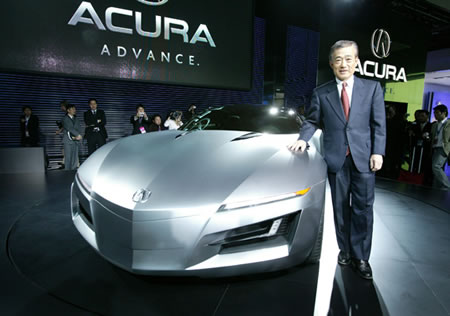 The show-stopping Acura “Advanced Sports Car Concept” made its world debut at the 2007 North American International Auto Show. The dynamically styled concept provides a preview of the design direction for the successor to the Acura NSX .Created to take exotic sports car styling to a new level, the concept is designed to incorporate a powerful front-mounted, V-10 engine and a new high-performance, rear-wheel-drive based version of Acura’s exclusive Super Handling All-Wheel Drive. The concept’s slim, LED headlights are pushed wide and designed to mimic the pop-up headlights found on the first generation NSX. Other styling hints include a modern take on wraparound rear taillights and the all black cockpit. Wide and low to the ground with a 108.8 inch wheelbase, the concept is anchored by grippy 19 inch front and 20 inch rear performance tires which are mounted to custom billet-machined, polished aluminum wheels. 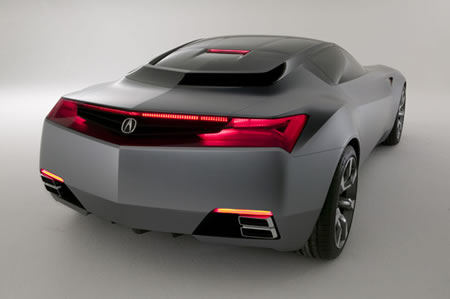