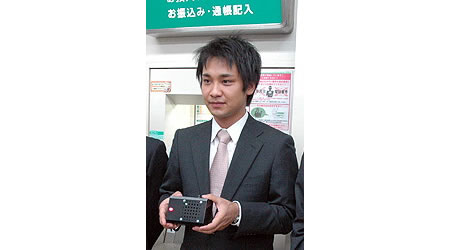 A group of four students from Saitama Institute of technologies, Japan has developed an affordable security device that detects electric waves from mobile phones to prevent bank transfer scams. When the security device is attached to ATM machines, the device can detect electric waves when mobile phone are used within a radius of between 1-1.5 meters, and warns users to turn off their phones. The security device is expected to help prevent bank transfer scams, in which swindlers convince victims to wire money to designated accounts over the phone while they are in front of ATM machines.

Similar existing devices are priced from tens of thousands of yen to several hundred thousand yen per set in Japan, the group succeeded in pricing the new device at some 3,000 yen ($30) apiece by purchasing parts mainly in Tokyo’s Akihabara district. The security device measures 9 x 14 x 4 centimeters.
Source:-